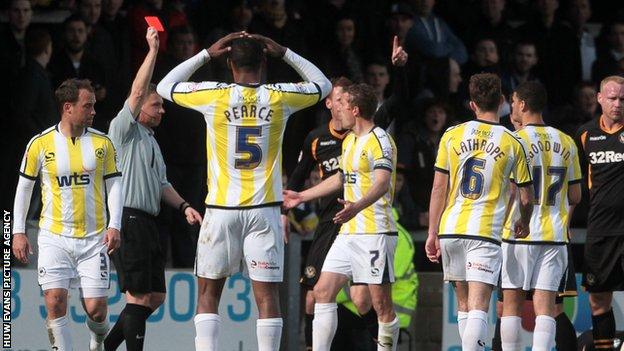 Goodwin was adjudged to have struck Michael Flynn with his arm as he challenged for an aerial ball.

"We spoke to Shamir afterwards and he's holding his shoulder and his shoulder has caught him [Flynn]," Hodges told BBC Sport.

"If you look at it both players have got arms in the air flailing."

He added: "But he's [the referee] guessed at the end of the day and made a wrong decision which is a game-changer.

"The feeling is disappointment because we've had 10 men for a long period and had to dig in deep.

"We'll have to take the efforts and work ethic that the boys put in today and have to go again."