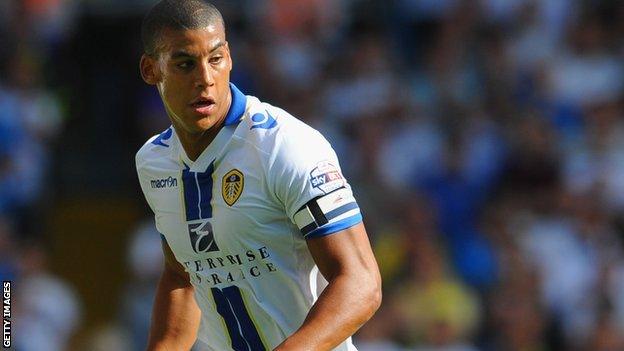 Nottingham Forest owner Fawaz Al Hasawi has claimed that full-back Lee Peltier has not joined the Reds from Leeds United despite both clubs announcing the move on Monday afternoon.

Forest said the 27-year-old had signed on loan until the end of the season.

The move seemed set to reunite Peltier with his ex-boss Neil Warnock, who was expected to be named as the Reds boss.

But Warnock has turned the job down and Al Hasawi told BBC East Midlands Today: "He [Peltier] did not sign."

Bolton could now be a possible destination for Peltier, who has made 27 appearances for the Elland Road side this season.