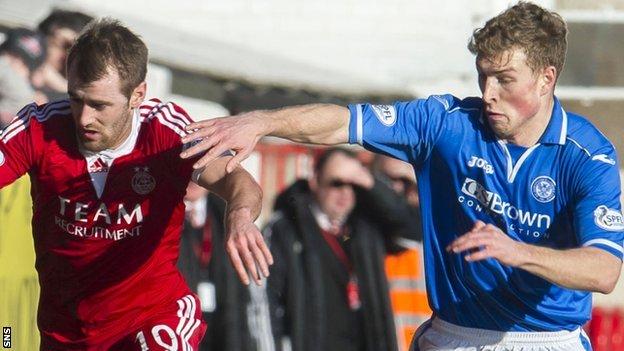 Aberdeen have been given four times as many tickets as St Johnstone in the initial allocation for their Scottish Cup semi-final at Ibrox Stadium.

More than 40,000 Dons fans watched their side win the Scottish League Cup final by defeating Inverness Caledonian Thistle this month.

Now Aberdeen have been given more than 20,000 tickets for the semi-final in Glasgow on Sunday 13 April.

We expect demand for tickets to be extremely strong

Their Perth opponents have been given more than 5,000 by the Scottish FA.

However, both Scottish Premiership clubs will be able apply for more tickets should they sell their initial allocation for the match to be televised live by BBC Scotland.

Aberdeen will start selling tickets to season ticket holders and shareholders on Thursday.

Their fans will be housed in the Govan, Bill Struth Main and Copland Road stands.

A club spokesperson said. "We expect demand for tickets to be extremely strong."

It is not anticipated that demand will exceed supply

St Johnstone are not expecting such a high demand for tickets when they begin sales to all fans on Friday.

The club stated on their website: "It is not anticipated that demand will exceed supply.

"With that in mind, and for the convenience of supporters, it will be a general sale from the start."