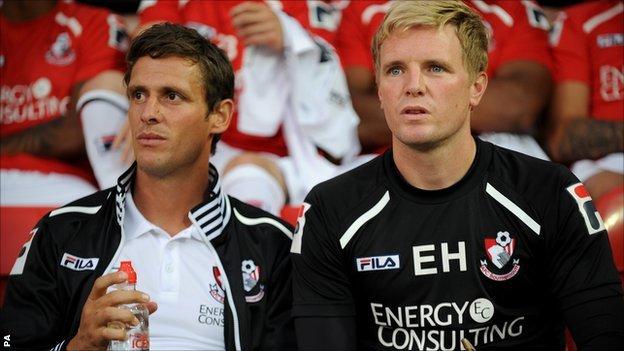 Howe returned to manage the Cherries for a second time in October 2012 and won promotion to the Championship that season.

The 36-year-old has been rewarded with an extension that will keep him at Dean Court until the summer of 2018.

"When the club approached me I was very pleased they saw my long-term future here," Howe told BBC Radio Solent.

Howe, who previously managed the Cherries between 2009 and 2011, took over the club when they were in the bottom four of League One and in 17 months has steered them to 11th in the Championship.

And he says he is excited at the opportunity to be able to help progress the club further.

"From my perspective I have not thought about anything other than Bournemouth and I am very happy with how we are progressing on and off the pitch," he said.

"This is an opportunity for me to build something special, hopefully to take the club I love forward with the backing of some great people behind me."

The former Burnley manager, who also used to play for the Cherries, paid tribute to Russian owner Maxim Demin, who has helped transform the club.

"It's very difficult to find the right balance with relationships off the pitch," he said. "But I think we have that here and I'm lucky to have a good relationship with Max and long may that continue.

"Max has long-term objectives and a vision and a plan to take the club forward. He is very ambitious, he shares my philosophy for attractive football so that is why we are a good match."