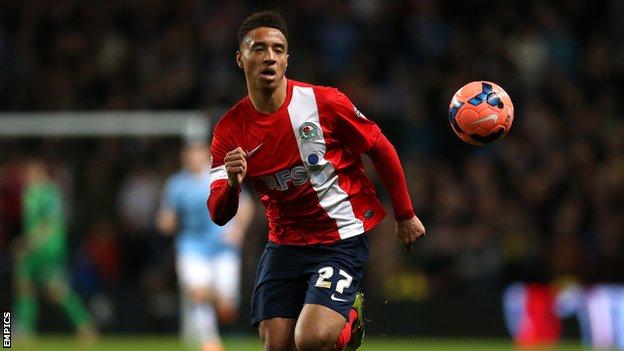 Blackburn will be without full-back Adam Henley for the remainder of the season with an ankle injury suffered in Saturday's 1-1 draw with Leicester.

The 19-year-old damaged ligaments trying to defend a cross towards the end of the game against the Championship leaders at Ewood Park.

"Unfortunately that might be Adam's season finished," said boss Gary Bowyer ahead of Tuesday's trip to Watford.

"Which is a crying shame for the lad and us," he told the club website.

Several Rovers players - including Tom Cairney, Ben Marshall and Jason Lowe - have been sidelined by ankle injuries during the course of the 2013-14 season.