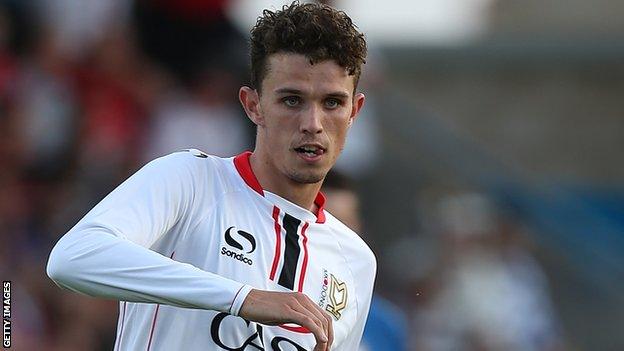 MK Dons centre-back Tom Flanagan has signed a one-year contract extension to keep him at the club until summer 2015.

The 22-year-old signed his first deal with the club in 2010 but is yet to find regular first-team football and has played just six times this season.

"Tom is a good, young player who we feel can still improve," Dons manager Karl Robinson told the club website.

"Next season is an opportunity for him to get into the team. It's a make or break season for him."

Since signing his first professional deal at Stadium MK, the Northern Ireland Under-21 international has had loan spells at Kettering, Gillingham and Barnet.