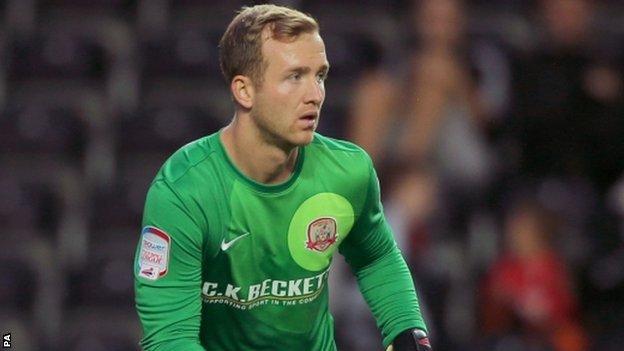 Leyton Orient have confirmed that goalkeeper Ben Alnwick has left the club by mutual consent after his contract was cancelled.

He signed from Charlton at the end of January but made only one appearance - at Rotherham on 1 February - before being unavailable for personal reasons.

"I'm sorry for how things have worked out," said 27-year-old Alnwick.

"I'd like to thank the club for their support throughout this time and wish them all the best for the future."

Orient chief executive Matt Porter said: "Unfortunately the move did not work out in the way that either the player or the club would have wanted.

"We have come to an agreement with Ben that it is best if we part ways."

Alnwick began his career with Sunderland and had a spell on loan at Orient in 2011 when he was with Tottenham.

He joined Barnsley after leaving Spurs in 2012 and signed for Charlton the following year.