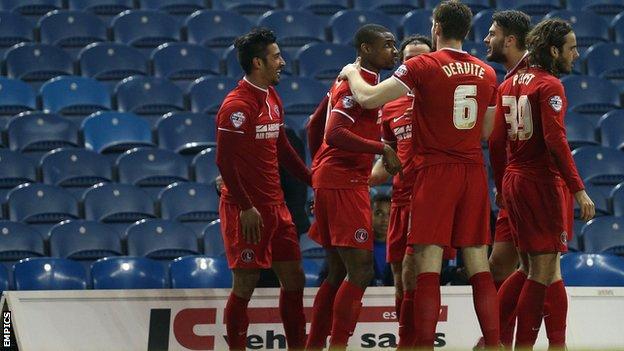 Charlton moved three points clear of the Championship relegation zone and added to Leeds' woes thanks to Reza Ghoochannejhad's first goal in England.

Leeds, who failed to pay their players on Friday, have now won just one of their last 10 games.

Ghoochannejhad curled home the only goal of the game from the edge of the penalty area early in the second half.

Charlton midfielder Diego Poyet breathed a sigh of relief after he conceded the spot-kick with a shove on Aidy White in the area.

Dorian Dervite, Ghoochanneijhad and Astrit Ajdarevic all forced Jack Butland, in the Leeds goal, into action before Hamer tipped an effort from McCormack onto the crossbar, which was as close as the visitors came to equalising.

Leeds, who are still waiting to learn the outcome of Massimo Cellino's protracted £25million takeover bid, have now lost four of their last five home games.

Charlton, in contrast, have won three and drawn two of their last seven under new boss Jose Riga.