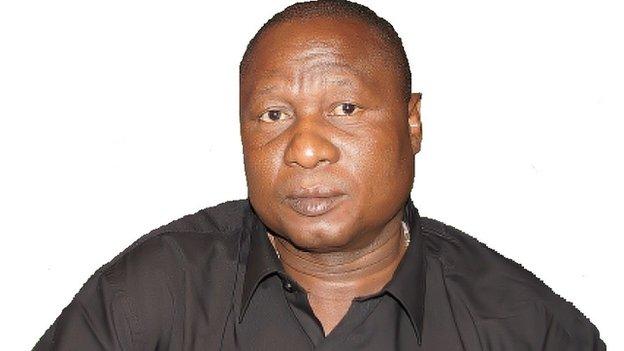 Tributes have been paid to Togo's first footballer to play overseas, Julien Kossi Denke, who died in France recently aged 56.

His body is due to be returned to Togo this week and will be buried on Friday.

The defender was more popularly known as Wazo and captained Togo at the Africa Cup of Nations finals in Ivory Coast in 1984.

Denke's former teammate at Chateauroux, Denis Mérigot, was one of those to remember him with fondness.

"He was a very athletic player and always gave his very best," he said.

"He was always smiling and really appreciated at the club."

He later joined another French club Bourges, before moving to Switzerland and ended his career in France's lower-leagues.

There was also praise from the Togo Football Federation.

"Togolese football fans will always remember him as a great defender who had a lot of quality," the TFF's director of communication Herve Agbodan told BBC Sport.

"I will never forget him because he was one of the greatest national team captains' that we've ever had.

"Before any crucial match he knew how to boost the morale of his team-mates.

"Even when the team lost the match Denke was always happy to return and lift the team again."

Denke played a total of 70 times for Togo and was always proud to represent his country, according to Lucien Anani, his former team-mate at Aiglons.

"He always said it is an honour to wear the jersey so if you have the opportunity you must give all you have in your heart," Anani said.

After his playing career he returned to be a technical advisor for Togo's 1998 campaign at the Nations Cup in Burkina Faso before moving back to France.