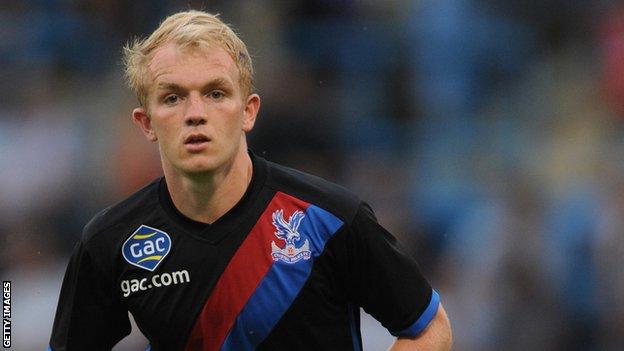 The 20-year-old scored from 25 yards in Tuesday's 2-1 win over Derby County and has one game left of his spell.

McCarthy told BBC Radio Suffolk: "He's great isn't he? My worry is Tony Pulis [Palace boss] was here and might see him in his plans.

"I guess he knew what he can do before he came out to play with us."

He added: "I'm hoping we can keep him. He'll be a real loss if we can't. We'll enjoy him while we've got him."

Tuesday's strike against Derby, which drew Town level before Christophe Berra's late winner, was Williams's first for the Portman Road side in his five appearances for the club.

Williams has impressed with his ability on the ball and McCarthy felt the Wales international had to overcome targeted physicality against the fourth-placed Rams.

"I was annoyed at some of the treatment he got. He's a good player and he twists and he turns and he can get clipped," said McCarthy, whose side are now two points off the Championship play-off places and face seventh-placed Nottingham Forest on Saturday.

"One or two of them were a little bit unsavoury.

"I'm the first one to accept tackles, elbows and kicking each other - as long as it is pound for pound. I just thought he was getting a little bit of unfair treatment and he needed a bit of protection.

"Anyway, the best way for him to answer it was to put the ball in the net - which he did with aplomb."