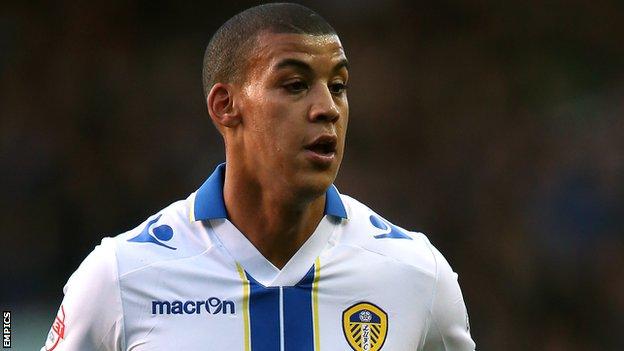 Bolton manager Dougie Freedman has confirmed that he would like to sign Lee Peltier from Leeds before Thursday's deadline for loan deals.

Neil Warnock had agreed to take the defender, 27, to Nottingham Forest on Monday but he then rejected the chance to replace Billy Davies as manager.

Both clubs had announced the deal and there is still some uncertainty about who holds the player's registration.

"I am a fan of Lee and I have enquired about the situation," said Freedman.

Bolton beat Blackpool 1-0 on Tuesday without suspended defender Alex Baptiste, who was sent off at Yeovil on Saturday.

Aston Villa's Alan Hutton is due to play the final game of his loan spell against Wigan on Saturday and Freedman is keen to extend his stay, as well as adding a further defender, before the deadline later this week.

"If one gets sent off, we're really running short," the Scot told BBC Radio Manchester. "I am in the market to sign one more defender, just to make sure we're capable of going through the season and keeping a high standard."