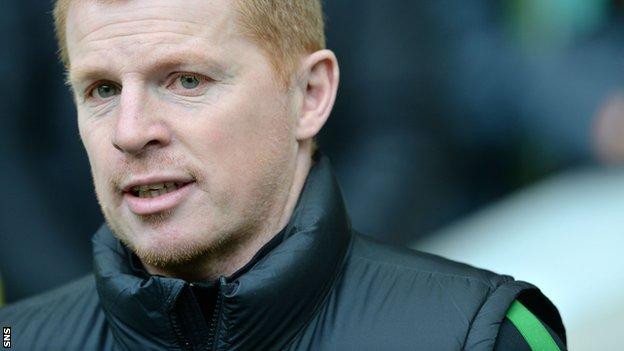 Neil Lennon has warned that Partick Thistle will be determined to scupper Celtic's league title plans.

However, Lennon said: "They have their own self-pride and pride in their club. And they have an agenda: to avoid second-bottom place.

"They're fighting for their lives so it's not a foregone conclusion that the title will be wrapped up this week."

It's midweek, a full house, a local derby and that is enough to whet the appetite

Lennon understands their Glasgow rivals are aiming to avoid the relegation play-offs but he expressed determination to secure his third straight title.

"The players and myself are looking forward to the Thistle game," said the Celtic boss.

"It's midweek, a full house, a local derby and that is enough to whet the appetite.

"We are playing very well at the minute and I would like that to continue.

"Partick Thistle have given us two really closely-run game this season already.

"There are three or four teams trying to avoid this relegation play-off spot so off the back of a couple of home wins that they had to wait a long time for.

"We will be as strong as we possibly can. In the past couple of games we played Kilmarnock and St Mirren, we owe it to those clubs who are down there as well to put our strongest team out and make life as difficult as possible for Partick Thistle."