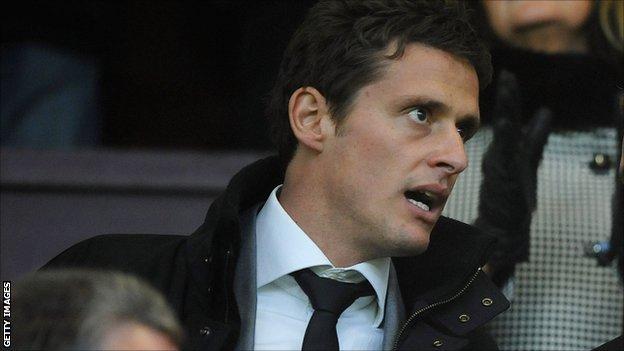 Eddie Howe's Cherries are 10th in the league and are now seven points off Reading, who currently occupy the final play-off place.

"Hopefully if we can continue the form we are in right now, maybe the play-offs are a possibility," Tindall told BBC Radio Solent.

Bournemouth have won five and drawn three of their last 10 games.

If we continue that kind of work ethic or performances like [Tuesday], who knows where that could take us

And although Tindall recognises it will be tough for them to catch the top six, he has urged them to continue working hard in the pursuit of glory.

"It is going to be tough for us to get in the play-offs. All we can do is keep performing the way we are and keep working as hard as we are.

"If we continue that kind of work ethic or performances like [Tuesday], who knows where that could take us.

"We'll take each game as it comes and our aim is to win every game between now and the end of the season. We will go into each game with that in mind. Hopefully against Birmingham on Saturday we can get another three points and come five o'clock the gap will be a little bit shorter."

Bournemouth were promoted back to the Championship in the summer after a wait of over 20 years and Tindall says their ambitions have changed throughout the season.

"Our aim at the start of the season was to stay in the division," he said.

"As the season has gone on our aim is to try and become the Bournemouth team with the highest ever finish [12th place in 1988-89]. That is still possible but we'll take it one game at a time."