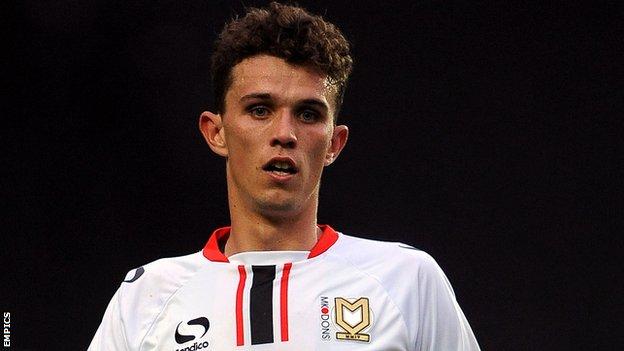 Stevenage have signed MK Dons centre-half Tom Flanagan on loan until the end of the season.

He has only featured six times for the Dons this term, but signed a new contract until 2015 this week.

An academy product at Stadium MK, he has previously had loan spells at Kettering, Gillingham and Barnet.

The 22-year-old joins fellow League One side Stevenage during a relegation battle, with Boro bottom of the table and two points from safety.