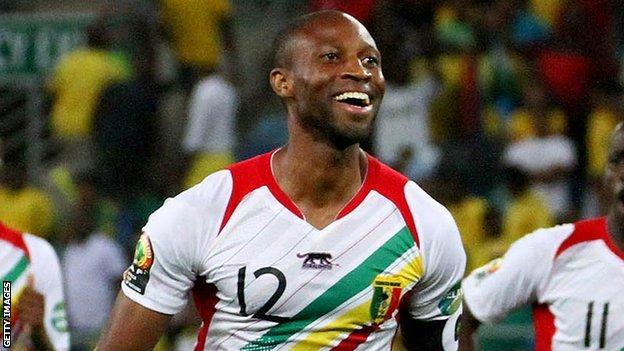 Mali's Seydou Keita is not ruling out the possibility of his Spanish club Valencia qualifying for the Europa League again next season.

Valencia's 2-1 victory over Villarreal at the weekend moved them to within seven points of a Europa League spot.

However, he concedes their ongoing endeavours in this year's Europa League could hamper their prospects.

"Anything is possible. What we have to do is keep winning and see if Villarreal slip up," Keita said.

With nine games still to go, starting with Thursday's trip to relegation-threatened Almeria, Valencia still have time to catch the teams above them.

"We've beaten Villarreal but that won't serve for anything unless we also win in Almeria," he continued.

"The most important thing is to win on Thursday, then we'll have time to talk about getting into the European places."

Valencia may yet get their hands on the Europa League trophy this season as they are through to the quarter-finals, where they face Swiss side Basel in the first leg next week.

Keita admits, though, that the club's European commitments could inadvertently affect their domestic goals.

"It's possible. At times we've won in the Europa League and then we've lost in the league," he said.

"Now we have two leagues games, Thursday and Sunday, and then we will look at the Europa League.

"The league is what a team's season is judged on."

The 34-year-old know what it takes to win in Spain and Europe having won La Liga titles and two Champions League crowns with Barcelona.

Almeria are just one point above the bottom three after a thrilling 4-3 win over high-flying Real Sociedad on Monday - with the winner scored by 18-year-old Moroccan Khaloua Hicham.

The Morocco under-20 player scoring in stoppage time on his debut.