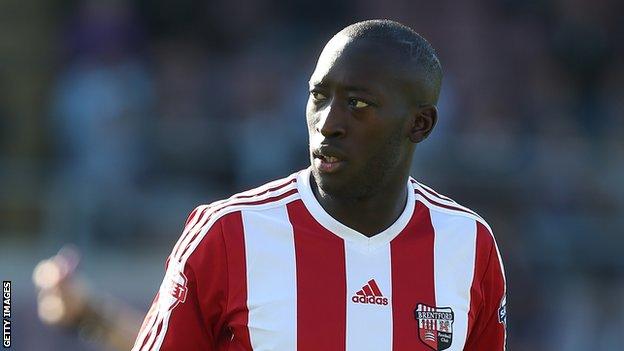 Brentford have recalled midfielder Toumani Diagouraga from his loan spell at Portsmouth.

He joined Pompey last month and the deal gave the Bees the option of taking him back at 24 hours' notice.

Manager Mark Warburton told the club website: "The idea of sending Toumani out on loan was for him to get valuable game time.

"We now need him back to make sure everything is in place so we can have a successful end to the season."

Warburton's side are second in League One, three points clear of Leyton Orient and looking to clinch automatic promotion to the Championship, but were beaten at Rotherham on Tuesday evening.

Diagouraga, 26, has made 17 appearances for the Bees this season and played eight times for Portsmouth during his time at Fratton Park.