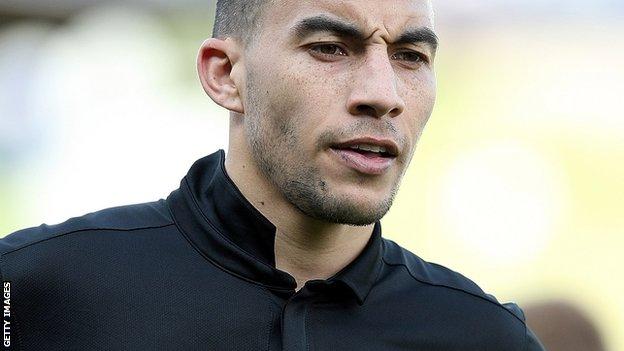 Gillingham forward Craig Fagan believes the club could challenge for the play-offs next year if Peter Taylor stays.

Taylor, who also managed Fagan at Hull, was installed as Gills boss in November on a deal until the end of the season.

"I've worked under the manager before and I know what he's capable of doing in this league - he got Hull promoted.

"If he is here next season I'd have faith that we'd be one of those teams pushing to get in the play-offs," Fagan, 31, told BBC Radio Kent.

"With that extra time to work on the team from the start of the season I'm sure we'd have a lot more points than we do this year."

Fagan scored the only goal in Tuesday's 1-0 victory at MK Dons - his first since moving to the Priestfield Stadium the day after Taylor was appointed.

He is also on a contract until the end of the season, but hopes to stay next term.

"Without a doubt - I'm playing for a contract and I'll be trying to do as much as I can," added Fagan.

"I've come here to help out and use my experience. If I haven't helped with goals I've tried to help in other ways.

"I was pleased to get off the mark and I'll hopefully get some more goals between now and the end of the season."