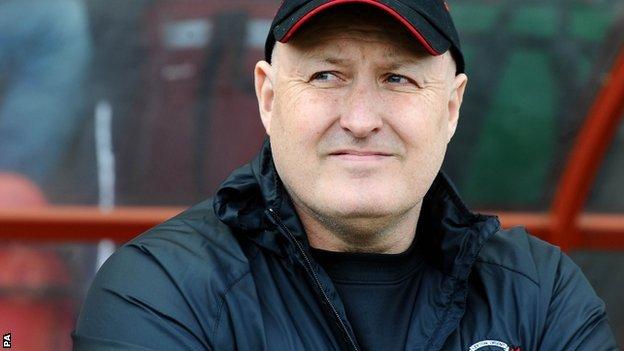 Russell Slade has criticised Leyton Orient fans for barracking his team in Tuesday's 1-1 draw at home to Oldham.

The result left Orient, who led League One for much of the season, three points behind second-placed Brentford, who have two games in hand.

O's boss Slade told BBC London 94.9: "It's sad that our crowd in the first half just didn't get behind the team.

"I find that so disappointing and then we even got booed off - some were even booing us at the end. It's a joke."

Slade suggested he had also been criticised by fans online, but said his side are not yet out of the race for automatic promotion.

"I'm frustrated for the players but they're a good group. We'll deal with it and we'll crack on.

"The work ethic and the commitment of the players is unquestioned."

Orient are at home to Bradford City on Saturday.