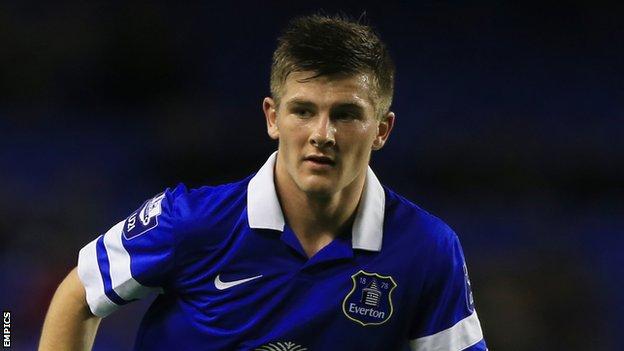 MK Dons have signed Everton winger Matthew Kennedy on a youth loan until the end of the season.

The 19-year-old Scot started his career with Kilmarnock, making 24 appearances at Rugby Park, before joining the Toffees in 2012.

He played against MK earlier this season during a loan spell at Tranmere, where he played eight times.

"He also provides us with another option at the top end of the pitch, which is somewhere we are looking to improve.

"He did very well for Tranmere earlier this season and he is highly thought of by Roberto Martinez and the coaches at Everton."