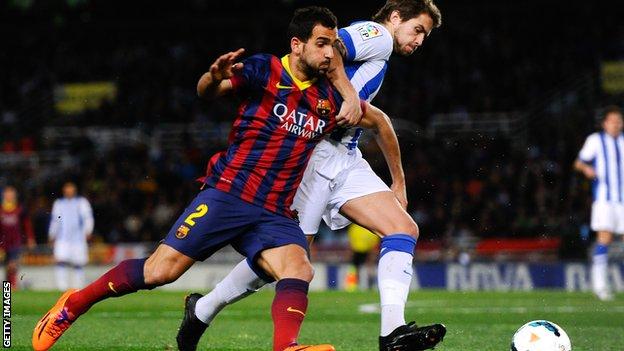 Barcelona defender Martin Montoya has signed a contract extension that will keep him at the club until 2018.

The 22-year-old, who came through the Barcelona youth ranks, was out of contract at the end of this season.

He signed the new deal on Friday, with the Spanish champions stating that it contains a buy-out clause of 20m euros (£16.65m).

Montoya, who competes with Dani Alves for the right-back position, has made 18 appearances this season.

He made his senior debut in 2011 and has made 53 appearances in all competitions, scoring twice.