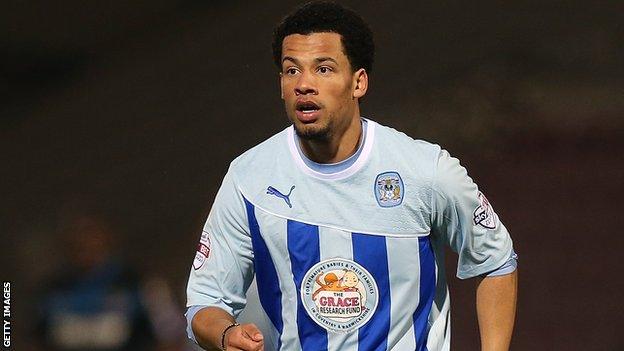 Coventry City have signed Blackpool striker Nathan Eccleston on loan until the end of the season.

The 23-year-old, who started his career at Liverpool, is available for Wednesday night's game against fellow League One strugglers Stevenage at Sixfields.

"He has a lot to prove but we certainly hope he makes a big impression between now and season's end," he added.

"We are going into a crucial period in the season and, with only two recognised strikers in the current squad, it was vital we secured a third before Thursday's deadline."

Eccleston, who made his Liverpool debut as an 18-year-old, had loan spells at Huddersfield Town, Charlton Athletic and Rochdale before joining Blackpool in August 2012. He has since had further loan stints at Tranmere Rovers and Carlisle United.