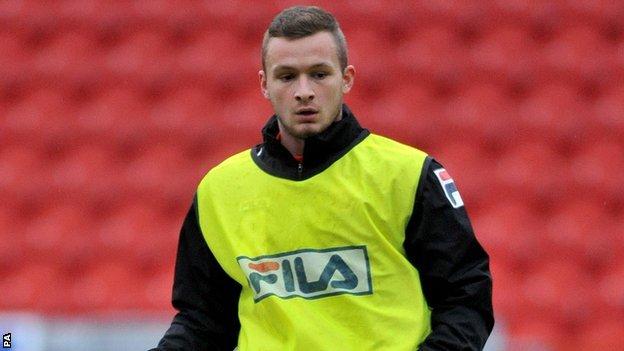 Stevenage's Dean Parrett will miss the rest of the season after rupturing his anterior cruciate knee ligament.

The 22-year-old midfielder was hurt an hour into on Saturday.

"With the surgical expertise nowadays, this type of injury can be turned around inside six months," said Stevenage manager Graham Westley.

"He is due to see the consultant on Thursday and we are hoping that he can be operated on as soon as possible," Westley added to the club website.

Parrett played 16 times for Stevenage and had previously had loan spells at Swindon, Yeovil, Charlton, Plymouth Argyle and Aldershot.

He was released by Tottenham last summer having played in four Europa League ties for the club, his only start coming on his debut in a 2-0 loss at Shakhtar Donetsk in February 2009.