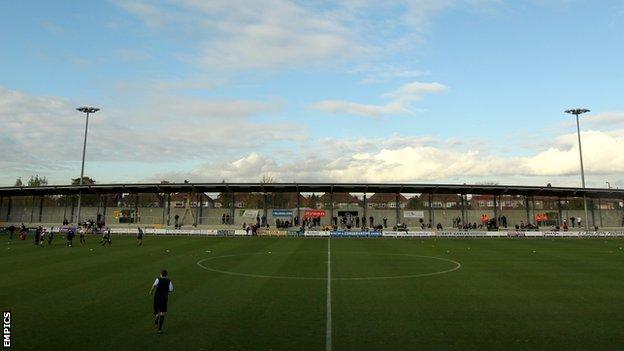 Margate goalkeeper and former joint-manager Craig Holloway has joined Conference Premier side Dartford on loan until the end of the season.

He was then named joint-boss with Simon Osborn, but stepped down in November.

"I'll be on the bench but it's a good opportunity to be involved in some big games," Holloway posted on Twitter.

Holloway was part of the Welling United side that lost the Conference South play-off final to Dartford in 2012, and has previously had spells at Bromley, Braintree Town, Chelmsford City, Ebbsfleet United, Southend United and Farnborough.