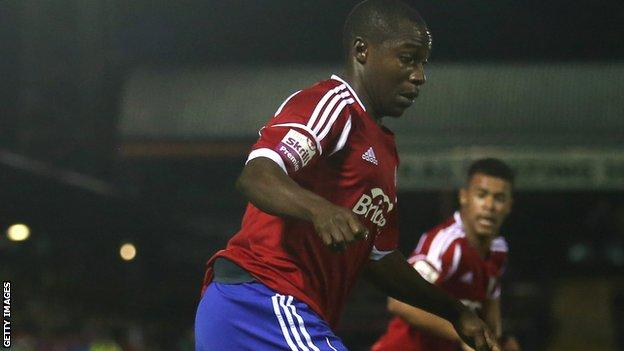 Conference Premier strugglers Aldershot Town have re-signed Brentford midfielder Manny Oyeleke on loan until the end of the season.

Phillips, 32, who has played 32 games for Southend this term, rejoins ex-Brentford boss Andy Scott at the Shots.

Oyeleke, 21, scored four goals in 33 appearances for Aldershot before returning to the Bees in January.

However, he has not made an appearance for the League One club since then.

On Oyeleke's return, Shots boss Scott told the club website: "Manny did very well for us and knows what this club is about, and knows what is required here"

With Solomon Taiwo's loan from Luton Town expiring after Saturday's match against Hyde, Scott said Oyeleke's return was a timely one.

"It is important that we replaced him (Taiwo) and someone like Manny coming in, knowing the lad and knowing the club, and having done very well for us, is good for us," added Scott.