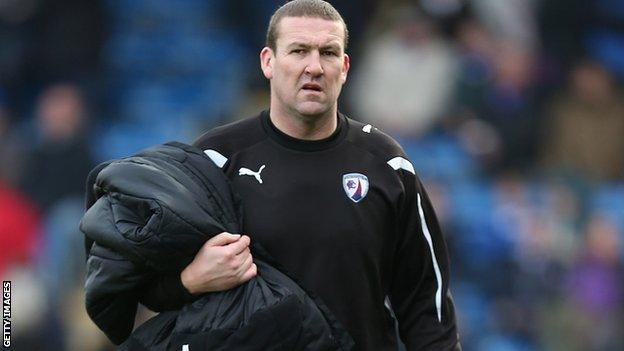 The 44-year-old ex-Wales keeper left his position as reserve-team coach at Chesterfield at the end of last season.

Barnsley, currently three points from safety in the Championship, recorded their first victory in four with a 3-1 win over Reading on Tuesday.

However, defender Peter Ramage, who is on loan from Crystal Palace, may not play any further part in their battle against relegation after suffering a hamstring injury in last Saturday's 1-0 home defeat by Bournemouth.

"Scan not great, looks like season over, I'll fight in gym to play part again, until then I'll be #1 fan, giving boys everything to help!" the 30-year-old tweeted.

Ramage has made 24 appearances for the club since arriving at Oakwell in September.