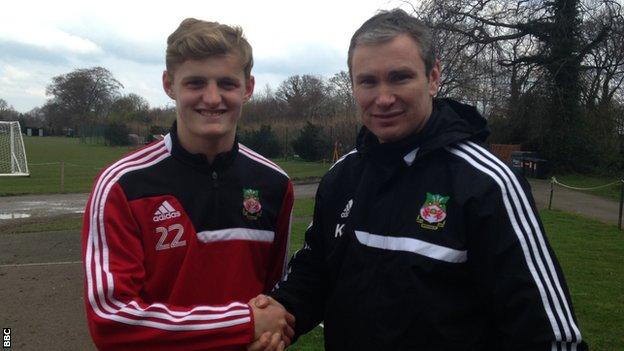 Wrexham have re-signed striker Bradley Reid from Wolverhampton Wanderers on loan until the end of the season.

Reid, 18, made nine first team for Wrexham appearances before joining Wolves in September.

The Wales Under-19 international has yet to make an appearance for Wolves' first team but has been a regular in the Under-20 side.

Wrexham have signed Reid as cover for the injured Elliott Durrell, who is due for a knee operation.

"I'm really enjoying my time at Wolves, especially with the team doing so well in League One," Reid said.

"The chances of first team football at Molineux are slim this season, so the opportunity to return to Wrexham for the rest of the campaign is something I'm really looking forward too."

Wrexham are awaiting international clearance before Reid can appear for the Dragons in the Conference Premier.