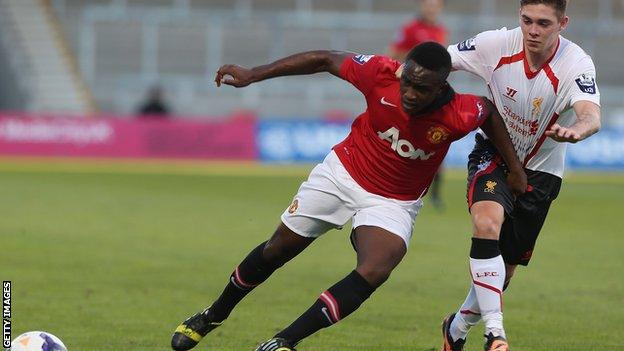 Carlisle United have confirmed Charni Ekangamene has been recalled from his half-season loan spell at Brunton Park by parent club Manchester United.

Midfielder Ekangamene, 20, joined the Cumbrians at the end of the January transfer window and has made four appearances for Graham Kavanagh's side.

Belgian-born of Congolese descent, Ekangamene moved to United from Royal Antwerp FC in 2010.

Kavanagh has indicated he is aiming to make more loan signings quickly.