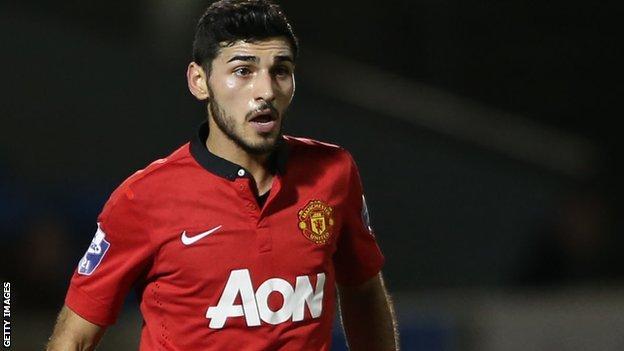 Manchester United midfielder Davide Petrucci has joined Charlton Athletic on loan until the end of the season.

Petrucci, 22, moved to Old Trafford from Roma in 2008, but is yet to make a first-team appearance for the club.

The Italian had a spell in the Championship with Peterborough last term and went out on loan to Belgian side Royal Antwerp earlier this season.

The 31-year-old agreed a deal in February to stay with the Addicks until the end of the campaign, but he has not featured for the club since head coach Jose Riga's arrival earlier this month.

Charlton midfielder Danny Hollands, meanwhile, has moved to Portsmouth on loan for the rest of the season.