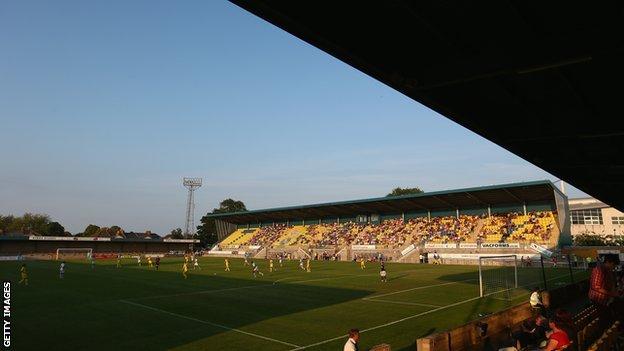 Torquay United have signed teenage Bournemouth defender Baily Cargill on loan until the end of the season.

The 18-year-old, who is yet to make his Football League debut, spent the first half of this season on loan with Conference Premier side Welling United.

Cargill, awarded a one-year deal at the end of his youth scholarship in June, signed a two-and-a-half year contract extension in November.

Torquay, bidding to avoid a repeat of their relegation to the Conference in 2007, are currently six points adrift of safety.