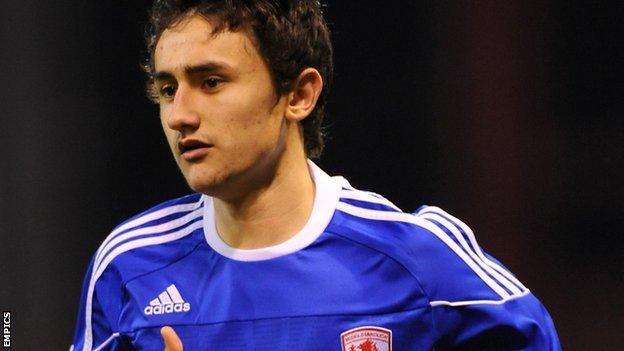 York City have re-signed Middlesbrough winger Ryan Brobbel on loan until the end of the season.

The 21-year-old spent three months with the Minstermen earlier in the season, scoring three goals in 13 appearances.

York boss Nigel Worthington told the club website: "Since we've lost Josh Carson, it will give us more strength in the wide areas plus numbers."

Andrew has been a free agent since he was in January, and has agreed a deal until the end of the season.