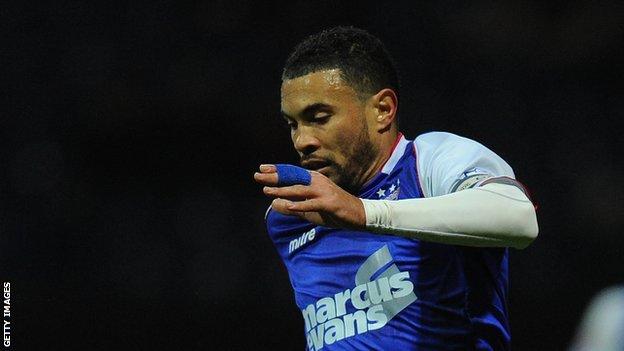 Millwall have signed Trinidad & Tobago winger Carlos Edwards on loan until the end of the season from Championship rivals Ipswich Town.

The 35-year-old Ipswich club captain has made just 18 appearances this term, and has not featured since January.

Edwards, who is out of contract at the end of the season, moved to Portman Road from Sunderland in 2009.

"It's important for me at this stage of my career to be playing week-in week-out," he told the Millwall website.

"I know they are in a relegation fight just now and I'm looking forward to playing my part in helping them in their battle to stay in the Championship."

Ian Holloway's Lions side are bottom of the Championship, level on points with Yeovil and Barnsley, but below them on goal difference.

Edwards still hopes to make an impact with promotion hopefuls Ipswich, should they be involved in the play-offs after his loan expires on 3 May.

"I wish Ipswich well and I hope when I come back to the club at the end of the season that I will be available for the play-offs," he said.