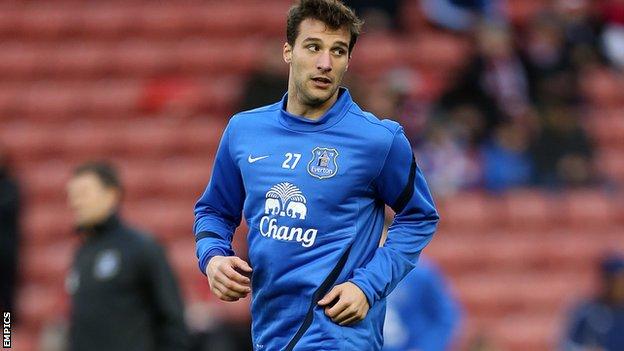 Blackpool have completed the signing of Everton striker Apostolos Vellios on loan for the remainder of the season.

The 22-year-old has yet to appear for the Premier League side this season.

The Greece Under-21 international, who joined Everton from Iraklis in 2011, last played competitively for the Toffees in January last year, when he featured in a 0-0 draw with Swansea.

The striker is eligible to make his Blackpool debut when they face promotion-contenders QPR on Saturday.