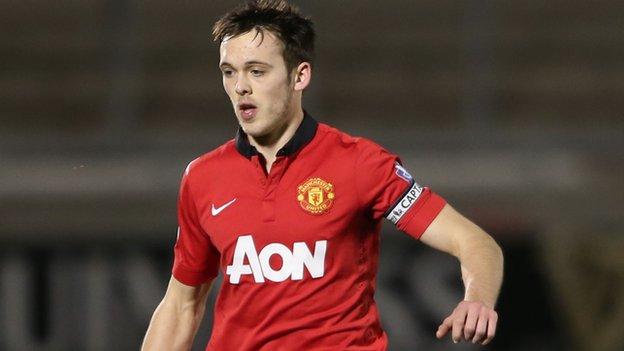 Birmingham City have re-signed young Manchester United centre-half Tom Thorpe on an emergency loan until the end of the season - two months after his first stay ended prematurely.

Thorpe, 21, was first signed by Blues along with fellow defender Tyler Blackett on January deadline day.

He was stretchered off with an ankle injury just 14 minutes into his first game - against Derby County.

Thorpe returned to his parent club for treatment, before the loan agreement came to an end, but Blues boss Lee Clark remained hopeful of resurrecting the deal.

Thorpe will be available for Saturday's home date with Bournemouth, when Clark's men will be looking to end their run of 14 matches without a home victory.