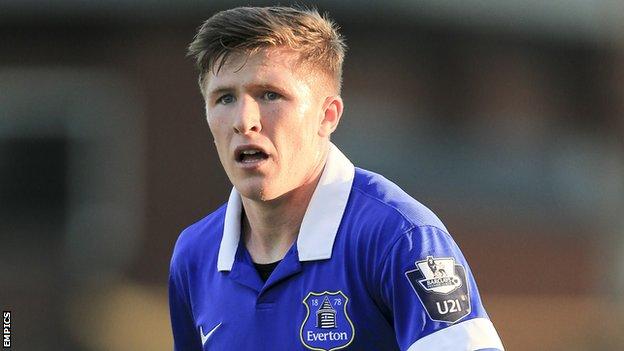 The 20-year-old England Under-20 international had a loan spell at Yeovil earlier this season, where he scored twice in 16 games.

And he played 14 times during at stint at Doncaster last season.

Lundstram is contracted at Goodison Park until 2015, where he is a regular in the Under-21 side but is yet to make a senior appearance.