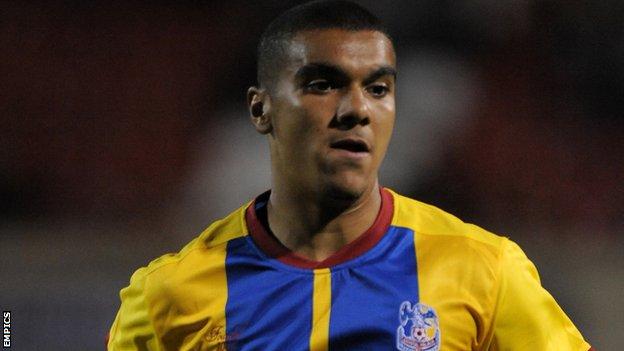 Crystal Palace striker Kwesi Appiah has joined League Two side AFC Wimbledon on loan until the end of the season.

Appiah has also had loan spells at Conference Premier side Cambridge United, during which he scored 10 goals in 17 appearances, and League One Notts County this season.

The 23-year-old has been brought in to improve Wimbledon's chances of finishing in a play-off place.

The Dons are currently 13th, 10 points behind seventh-placed York.