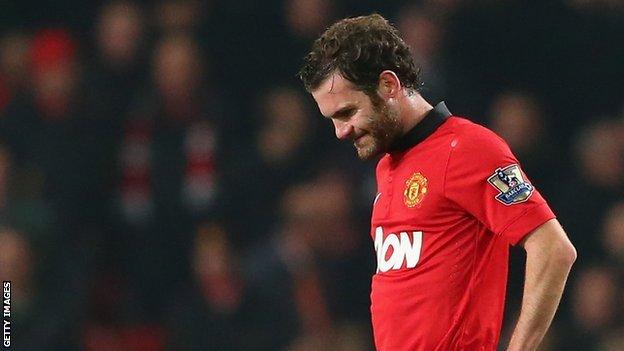 Under new boss David Moyes, United are seventh in a disappointing campaign.

The 20-time champions are 18 points adrift of leaders Chelsea.

"It's a double-edged sword," said Scudamore. "When your most popular club isn't doing as well, that costs you interest and audience in some places."

His team were knocked out of the FA Cup at the third-round stage before being eliminated from the Capital One Cup in the semi-finals.

They have reached the Champions League quarter-finals, where they will face defending champions Bayern Munich next month.

"There are lots of fans around the world who wish Manchester United were winning it again," Scudamore told Bloomberg.

"But you have to balance that off against, generally, we're in the business of putting on a competition and competition means people can compete."

Overseas television deals will earn the Premier League more than £2bn between 2013 and 2016.

The Premier League sold its domestic broadcasting rights to Sky and BT in a record-breaking deal, worth around £3bn, last year.