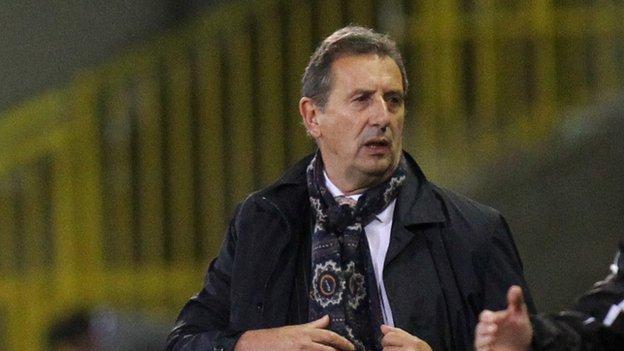 The 64-year-old Belgian's aim is to qualify Tunisia for next year's Africa Cup of Nations finals in Morocco.

The Carthage Eagles are one of 21 nations who are already in the final group stages of the 2015 qualifiers.

He was also briefly coach of Algeria for six games in 2003.

Tunisia have been without a coach since former Netherlands captain Ruud Krol was interim coach for their 2014 World Cup play-off loss to Cameroon last year.

Krol had replaced Nabil Maaloul, who resigned after Tunisia lost their final group match 2-0 at home to Cape Verde on 7 September.

At the time the result meant Tunisia had failed to qualify for the final play-offs but they were later handed a reprieve when Cape Verde were found to have fielded an ineligible player.

This led to Fifa awarding a 3-0 win to Tunisia, allowing them to advance to the final stage of African qualifiers.