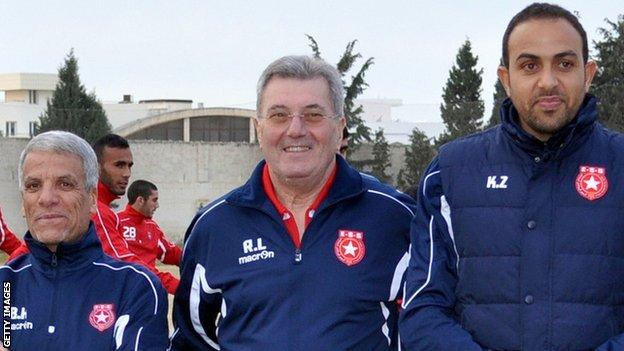 Michailou Drame scored twice during the second leg in Pretoria. Youssef Mouihbi and Marouane Troudi were also on target for the only club to have won all five Confederation of African Football club competitions.

Etoile have lifted the Champions League and Confederation Cup once and the African Cup Winners Cup, Caf Cup and Super Cup twice each.

SuperSport, furious at the refereeing during a narrow first leg loss in Mediterranean resort of Sousse, scored from a Lebogang Manyama penalty on the stroke of half-time.

That goal cancelled the first from Drame and left the club needing two second-half goals without reply to advance. Those hopes were dashed midway through the half when Malian Drame struck again and Mouihbi and Troudi netted to emphasise the visitors' superiority.

SuperSport, also eliminated at the last-16 stage last season, had no answer to the swift counter-attacking of the North Africans.

Senegalese Mame Niang wasted a late chance to lessen the hosts' embarrassment when he fired a penalty straight at goalkeeper Aymen Ben Ayoub.

Nigerian club Bayelsa United and Difaa El-Jadida from Morocco also secured places in play-offs against Champions League second round losers with the draw scheduled for Tuesday.

Bayelsa, who reached the 2009 Confederation Cup semi-finals, scored twice during the second half to defeat Zimbabwean visitors How Mine 2-0 in the south-eastern city of Sapele and win 3-2 on aggregate.

Jafar Buhari broke the deadlock 12 minutes into the second half and Azubuike Okechukwu sealed success with a late second. How Mine, a team from a gold mine south-west of second city Bulawayo who were promoted to top-flight football only last year, took a 2-1 lead into the return match.

AS Kigali of Rwanda, the lone East African team to make the last 16 this year, crumbled 3-0 in the Atlantic city of El-Jadida. Zakaria Hadraf pounced on a weak headed clearance and slammed the ball into the roof of the net on 49 minutes.

That levelled the aggregate score at 1-1 and two goals in five minutes turned the match decisively in the Moroccans' favour. Guinean Naby Soumah dribbled past several Rwandans and his low edge-of-box shot found the bottom corner of the net.

The outcome was sealed when a Kigali defender handled a low cross and Ahmed Chagou scored from the spot for a 3-1 aggregate success.