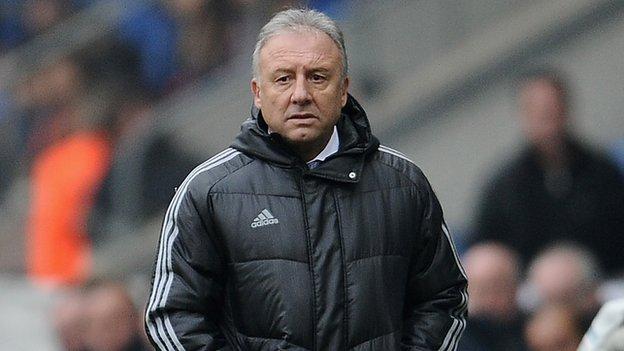 Asian champions Japan will play Costa Rica and Zambia in the USA in early June as their final warm-up matches before the World Cup in Brazil.

Japan will face African opposition in the form of Ivory Coast in Group C at the World Cup.

"Zambia's march to the 2012 Africa Cup of Nations Cup title is still fresh in my memory," Zaccheroni said.

The Zambians overcame Ivory Coast on penalties in the 2012 Nations Cup final.

"I chose Florida as a campsite because we need to acclimatise to the heat and humidity in Brazil while minimising the travel," the Italian coach continued.

"These two games will be extremely important when we bear in mind what kind of teams we will be up against at the World Cup."

Before their trip to the United States the Japanese will play Cyprus at home in Saitama on 27 May as they prepare for the World Cup finals.

As well as Ivory Coast the Japanese will face Colombia, Greece at the World Cup finals.

Costa Rica are in Group D at the World Cup alongside Italy, Uruguay and England.