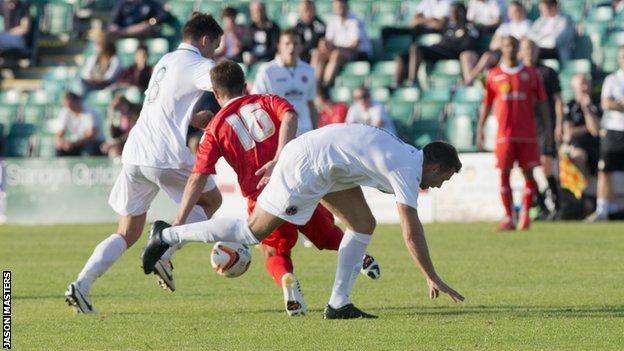 Two goals either side of half-time put Cambridge in control before Dan Green got a consolation for City.

"It was like men against boys, they were a very big, strong team and we didn't compete," Tully said.

"We were 4-0 down before we got the ball down and made some passes and at this level you can't afford that."

Truro are now 17th in the table, but Tully says his side can get better.

"I'm very disappointed, but there's a long way to go and we're building for the future," he told BBC Radio Cornwall.

"We're making little steps and this is a setback."