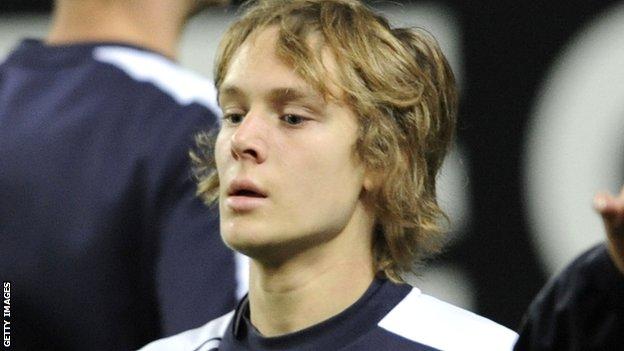 Barcelona have agreed a deal to sign 17-year-old Croatia international Alen Halilovic from Dinamo Zagreb for an initial £1.8m.

The midfielder will begin a five-year contract with the Spanish champions at the end of the season and will start off in the Barcelona B team.

Barca had been in negotiations with Dinamo to sign Halilovic since 2010.

He is Croatia's youngest international player, having made his debut aged 16 in a defeat by Portugal in June 2013.

"I am delighted and it's hard to find the words to describe how I feel," said Halilovic, who had been linked with several Premier League clubs.

"Dinamo will always be my first love and the club where my dreams started coming true.

"Of course, Barcelona is something special, I have loved the club since I was a kid and it will be an honour to be able to play for them.

"Before that, I want to win the double with Dinamo and then I'll start concentrating on my new club."

Halilovic made his first appearance for Dinamo Zagreb in a 3-1 win over Hajduk Split in September 2012, making him the youngest debutant in the Croatian top flight at 16 years and 102 days.

The transfer fee will rise as the teenager starts playing for the Barcelona first team.