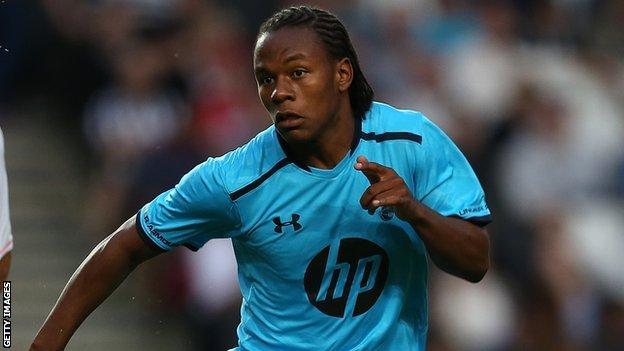 Torquay United have signed Tottenham youngster Shaquile Coulthirst on loan until the end of the season.

The 19-year-old forward, who had a spell on loan at Leyton Orient earlier this season, replaces Enoch Showumni, who has

Coulthirst, who is an England Under 19's international, scored one goal in two matches for Orient.

He has played once for Tottenham, coming on in their in December.

The deal was completed ahead of Thursday's 17:00 GMT deadline for loan signings.