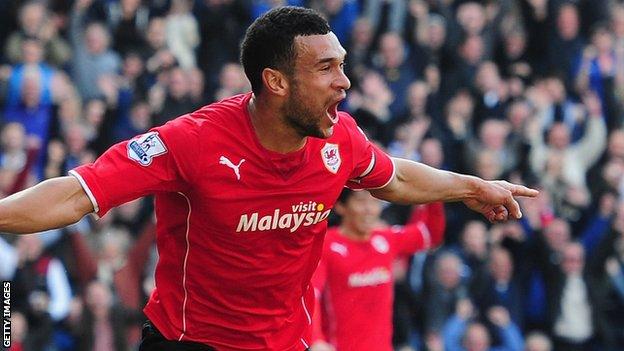 Reports suggest Tottenham Hotspur are preparing to bid for the 22-year-old in the summer, just a year after selling him to Cardiff for £9m.

But Dempsey says it would be strange if other clubs were not interested in him.

"I wouldn't be surprised if there was a number of clubs interested in Steven Caulker," Dempsey said.

Caulker has been capped once by England, scoring in his only appearance to date against Sweden in November 2012.

He has made 32 appearances for Cardiff this season and scored four goals, including two in the 3-1 win over Fulham on 8 March.

Second-from-bottom Cardiff face West Brom at the Hawthorns on Saturday in a match which could prove crucial in their fight to avoid Premier League relegation.

The club could find it difficult to keep hold of high-profile players like Caulker if they are playing in the Championship next season.