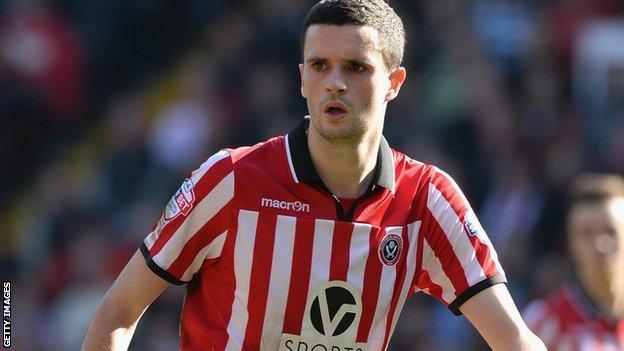 Sheffield United fought back to claim a draw against League One promotion chasers Leyton Orient.

Dean Cox fired Orient into the lead after lifting the ball over a United defender and side-footing past Mark Howard from six yards.

The hosts equalised after Jamie Murphy pounced on a loose ball, dribbled around Jamie Jones and tapped home.

The Blades had chances to grab the three points late on, with Conor Coady and John Brayford both going close.

The result solidifies Sheffield United's foothold in mid-table, while Leyton Orient lose pace on second-placed Brentford in the race for automatic promotion after the Bees secured a 3-1 victory over Notts County to open up a seven-point gap.

"I was really pleased with the first hour and particularly the first half. I thought we played some excellent football.

"We need to keep the belief and the focus.

"Perhaps we lapsed a bit of concentration [for the equaliser] as we should've won the ball further up the field. We didn't, and then it's an individual mistake which has cost us dearly.

"There are still five games to go and we'll still be playing with the right attitude, desire, enthusiasm and spirit that took us to the top of the table."