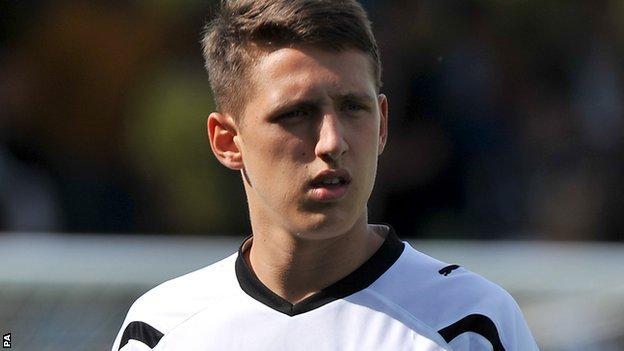 Tom Hitchcock scored a second-half hat-trick as Rotherham twice came from behind to beat Gillingham and secure themselves a play-off place.

Kieran Agard put the visitors ahead before Adebayo Akinfenwa levelled and Myles Weston put the Gills in front.

Loanee Hitchcock then levelled for the Millers but Bradley Dack's late goal looked to have won it for the hosts.

Hitchcock equalised again a minute later and completed his hat-trick in stoppage-time with a curling lob.

Rotherham move up to third in the League One table and are now unbeaten in 16 games while Gillingham stay in 14th place.

"We've got to defend better than we did. In the end, as much as they're a good team, I still think they got some easy goals by poor defending by us.

"I'm sure the majority of people enjoyed the game. To get as many goals as that it's good viewing but for us to get nothing out of it - it's very frustrating."