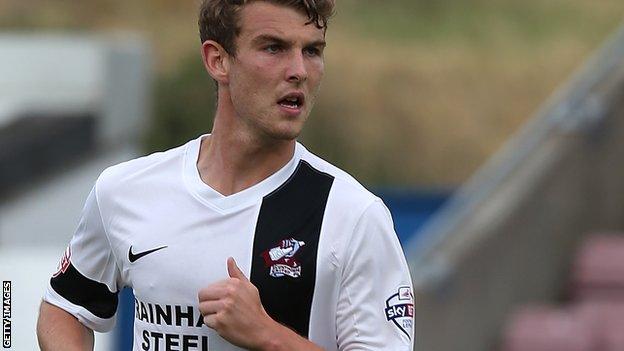 Sam Winnall scored the only goal from the penalty spot after Lee Mansell brought down Matt Sparrow.

Torquay had the chance to level with their own penalty after Winnall fouled Krystian Pearce, but Dale Tonge saw his effort saved by Sam Slocombe,

Substitute Jayden Stockley was sent off for Torquay late on for an apparent elbow on David Mirfin.

The Iron remain second in the table, level on points with leaders Rochdale.

"At this stage of the season it's just about results - we showed a different side to us today.

"For whatever reason it didn't happen for us in the first half, Torquay were up and at us, but the main thing again is another clean sheet and another three points.

"Football can change, so we've got to make sure we stay focussed and calm.

"I'm sure there'll be a big celebration if we achieve promotion - until then, we've achieved nothing."