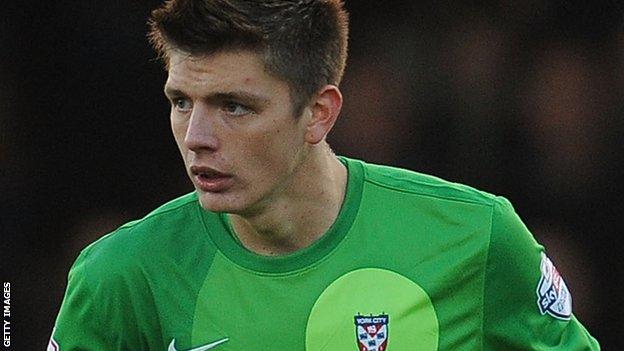 An impressive performance from keeper Nick Pope kept Rochdale at bay as York City drew with the League Two leaders at Spotland.

Rochdale almost broke the deadlock in the first half when Matt Done's free kick was punched away by Pope.

Scott Hogan and Matthew Lund both came close to putting Dale ahead from close range but were again denied by Pope.

Ian Henderson almost notched a late winner for the home side late on but his shot went high and wide.

Rochdale stay top of the League Two table, level on points with second-placed Scunthorpe, while York move up to seventh.

"I think they defended excellently.

"Arguably we could have deserved more, but I'm happy with a clean sheet.

"If you don't concede, you don't lose football matches."

"It's a fantastic result to come to this stadium in the current form that Rochdale are in and have been for most of the season.

"It's a tremendous effort by the players it really was, they've given everything.

"Our backs were against the walls at times through good play by Rochdale but we stood firm and kept our nerve and it's a fantastic point."