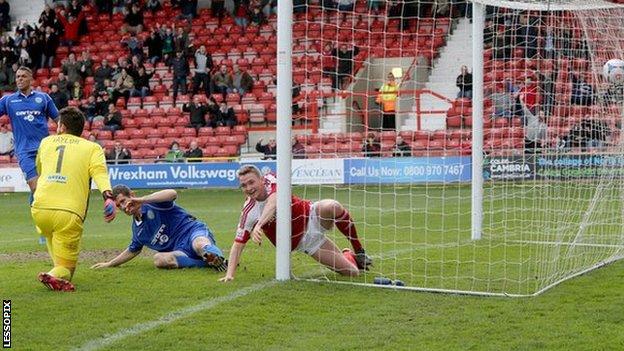 Recalled Joslain Mayebi palmed away Daniel Whittaker's headed effort early in the second half as Macclesfield pushed for an equaliser.

"I'm a little bit disappointed it's taken four games to get a first win but of course I'm naturally delighted that we've got the first three points on the board. We'll look to kick on next Saturday.

"We proved on Tuesday in the second half we can move the ball and pass it very well and in certain spells against other teams we've done that very well but not for long enough.

"A clean sheet is obviously a major bonus and that bit of resolve when you most need it and it's about understanding how you manage games."