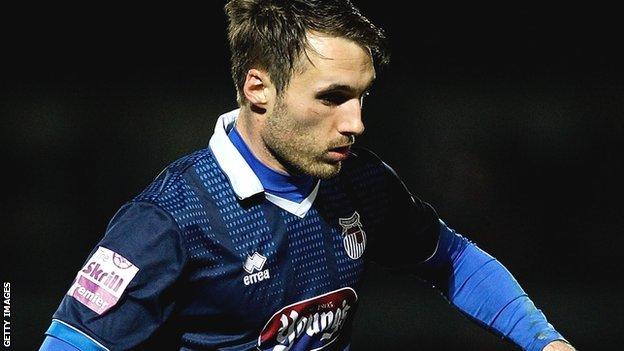 Rodman gave Grimsby the lead when he chipped the ball over Harriers keeper Danny Lewis from outside the area.

Kidderminster went close to equalising before half-time when Amari'i Bell's header was tipped onto a post.

Defeat means Harriers, who are 10th in Conference Premier, are now seven points off the top five.

Rodman also went close to doubling Grimsby's lead late on, but he was denied by the onrushing Lewis.

The defeat was Gary Whild's first in his seven games since taking charge at Aggborough following the departure of Andy Thorn.

"I'd prefer us to score more goals, but I've got to give the players a lot of credit for another victory.

"It gets us another three points but if you look at the other results, it's still very tight.

"Nothing's going to be decided yet but if we take care of our own results, we know we're going to be OK"