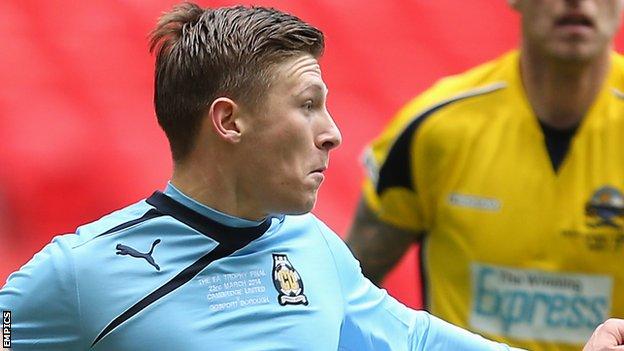 Cambridge won to strengthen their position in the play-off places and worsen Southport's relegation fears.

But the U's replied from the spot when Toto Nsiala brought down Luke Berry, who converted from 12 yards.

And Richard Money's side went ahead as Luke Chadwick finished from an Andy Pugh pass, with the latter completing the scoring with a superb finish.

With league leaders Luton Town beating Aldershot, the U's remain 13 points adrift of automatic promotion, but are 10 points above the play-off cut-off point.

The Shots' defeat and a loss for Hereford means Southport are still four points above the relegation zone.

"Well it was a win and as I said on a number of occasions, when you don't play particularly well it's important that you win and thankfully we've done that.

"We came out at the start of the first half thinking that we were still on the pitch from Tuesday night and forgot that we've got to earn the right to play. But we do show a good resilience and an ability to get back into it.

"Sometimes you need people to force you to play it in behind and force you to play forward and those two (Pugh and Ashley Chambers) came on and played with some real urgency. They were a real threat and a real problem for Southport."